And we are starting 2020 off on a roll. A few minutes this morning at the New Years Eve dance in Concord, Challenging Contra on Friday in Cocord, Saturday night at the English Gala in Concord, and Sunday night at BIDA in Cambridge.

Last night we went to The Christmas Revels in Sanders Theater in Cambridge. What a great show as usual. This one was 1930's American - usually a different theme each year, last year's was Nordic. The cast includes a number of groups - some constructed for this show, others who have their own existence. Being there brought to mind a lot of nostalgic thoughts. Lots of audience particpation in singing old Revels favorites or other well known things (the music and words were in the program and they turned on the house lights). The end of Act One involves singing Lord of the Dance and then the audience getting out of their seats and dancing their way into the lobby.

This is the 49th year of the Cambridge Revels. There are 18 performances this year and also in 8 other cities. When it first started there were only 3 or 5 and only in Cambridge.

Some of the nostalgia is related to the distant past. I was in an early music group called the Quadrivium (no longer in existence). In 1979 and one other year we were part of the Revels and once also performed in the Hanover, NH show. I remember that December - between the Cambridge and Hanover rehearsals and shows and the rehearsals and concerts of our own I think I had something just about every day for 3 weeks in December.

The Stage director and one of the script writers is Paddy Swanson. Paddy worked with the Quadrivium for a few concerts. And one weekend we all went up to the farm where he was custodian and did lots of music.

Since this was an early American theme there was lots of folk music incljding some very fine banjo playing. In 1959-1961 I was a counselor at a summer camp, Camp Killooleet, and there was lots of folk music there (the camp was run by John Seeger, Pete's brother). I bought a used banjo then and I still have it. It isn't in vey good shape and I can't really play it anymore, but...

And yet some more old stuff seen in Djúpivogur. I missed the icebergs...
Click below for pictures

Two old Singer Sewing machines seen in a museum in Djúpivogur, Iceland. And the part of one that is holding up my desk at home. I also have one holding up a table in Gloucester.

Walking about Djúpivogur, a port on the southeast side of Iceland.

And of course some stuff in a museum (click below for pictures):

On the morning of August 6th on our trip to Iceland was a visit to the Jökulsárlón Glacier Lagoon. I was feeling a bit under the weather so elected to not go because it involved a long bus trip among other things. Robert

The boat docked in the harbor of Djúpivogur, a village on the southeast coast of Iceland. While Robert was off on the tour I did go into town and among other thiogs saw lots of old stuff in a museum. 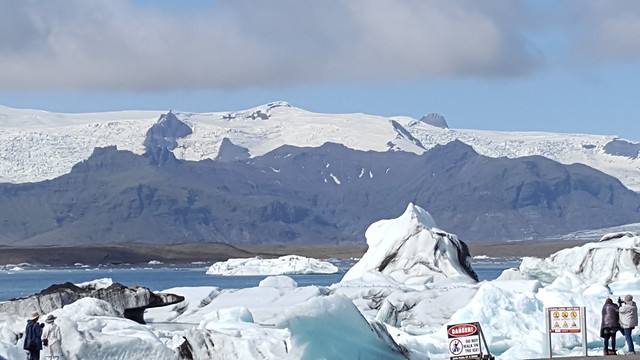 Wandering thorough the Technical Museum in Seyðisfjörður (Iceland) I saw a bunch of old telephone equipment. 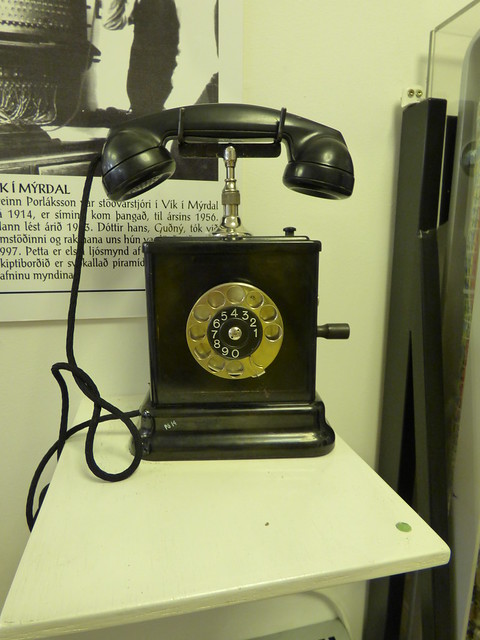 We then (Aug 5) went to the Seyðisfjörður Technical Museum which had a great collection of old stuff.

On August 5th we docked in Seyðisfjörður, a port on the east side of Iceland. The first things we did was to walk through the town to the Blue Church where we were entertained by a couple of musicians.

And a video:
.
Collapse