In June as part of motss.con.26 which took place in Ann Arbor we went to visit the Heidelberg Project in Detroit. I took a bunch of pictures which I hadn't got around to posting. It was a fascinating place.

Today I learned that the house burned down. News article. 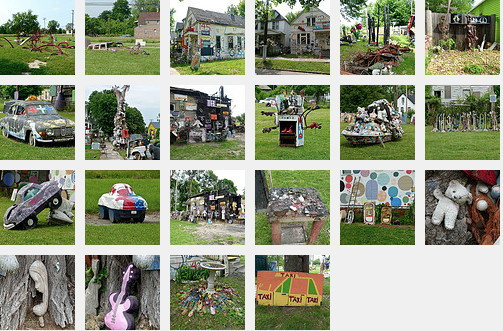 After Giverny we continued by train to Rouen. The special attraction there is the cathedral which was painted many times (over 30) by Monet. He painted the view at various times of the day and weather conditions to get the variety of appearance. Unfortunately there was some scaffolding in front of part of the church and we weren't in the upper story of the building across the way so we didn't get the same view as he did.

But it was pretty nice inside and outside. I got lots of photos of gargoyles and statuary including some modern ones - some of my favorite things about French cathedrals. We walked around the city a bit. There are some nice half-timbered structures there. Also Rouen is the site of Joan of Arc's burning and tomb. 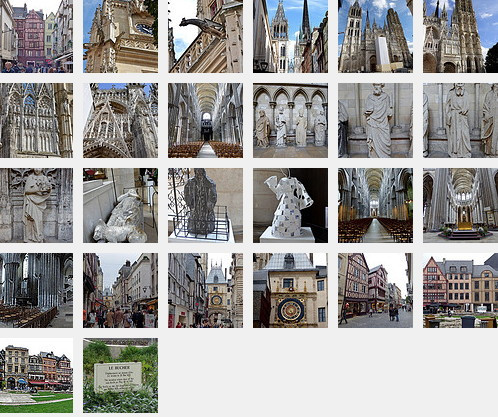