On Tuesday morning we went to the Louvre. The first parts were built in the 12th century as a fortress. It was extended multiple times and became the Royal Palace until Louis XIV decided to move to Versailles and then it became a place to exhibit the Royal collection. Now it is a colossal museum (35,000 objects in 652K sq feet) according to the Wikipedia. We went to see just a fraction of the exhibits before we were about to be museumed out. The famous IM Pei pyramid entrance to me is an interesting example of a piece of modern architecture grafted onto an ancient building that looks quite weird but makes a pretty fascinating entrance when you are inside it. And then there is the Mona Lisa which you can't really see because of the crowds.

After lunch we went to the nearby Tuileries, a magnificent garden with lots of people (and birds) enjoying it - among other things sailing little boats and playing boules (a frequent sight). There was an exhibit of some woodwork including a hotel for bees. 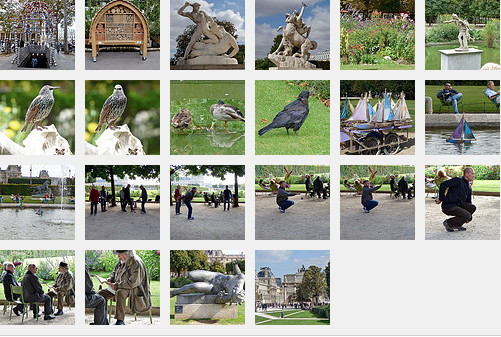 I always enjoy looking in shop and gallery windows and as I pass them in foreign countries. There were lots of them in our neighborhood - selling some pretty weird stuff. Look at the phone cases or those shirts. What I didn't see as we did in Florence when we were there (returning in the spring) were highly priced (>200 Euros) distressed jeans. But there were plenty of expensive clothes and various unpriced items which were surely high. 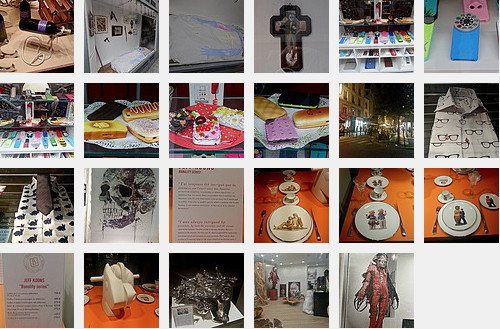