The picture below has the Rev. Ira Blalock on the left, MLK in the center, and the Rev. Gordon GIbson on the right. It was taken in the spring of 1965 after Blalock and Gibson had been released from the Selma Jail for protesting.

In this period of time I was going to a UU church in Wellesley where Ira Blalock was the Minister. One of my roommates had been a member of the Appalachian Mountain Trail Crew, and another member was the organist at this church. So a bunch of us went regularly, enjoyed the service run by Ira where he always talked about current events and situations, and then usually had a meal at our house afterwards. (This is my only experience of going to a religious institution on a regular basis). A year later I was marrying Meg Hickey, who I'd met as part of this weekly event, and we needed a minister. Ira had moved away and he recommended Gordon Gibson and it was he who married us. 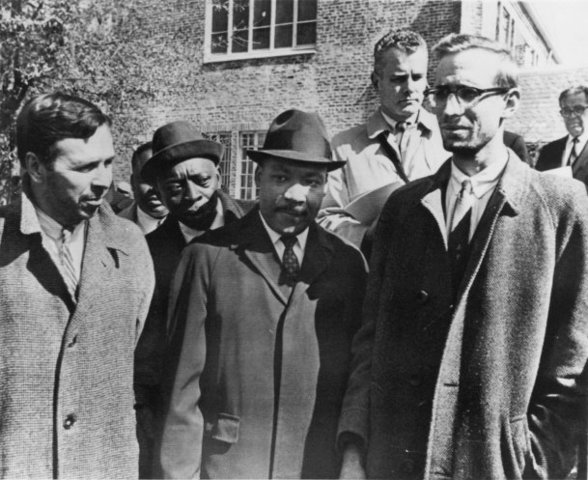 In this picture below from summer camp (Camp Tacoma Pines) in 1958 I am the third person on the left - I was counselor and next to me (right) was Andy Goodman, the junior counselor assigned to this cabin.

In 1964, Andrew Goodman, Mickey Schwerner, and James Chaney who were working on Freedom Summer to register African Americans to vote were killed in Mississippi by the KKK. 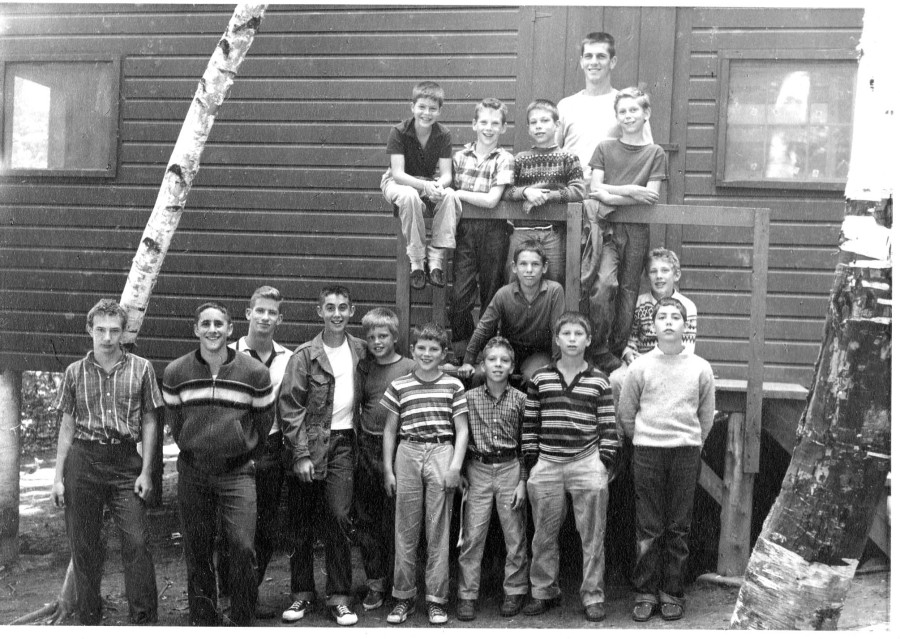