When I was about 5 years old and we were in our summer house in Deal, NJ a burglar showed up in my parents room in the middle of the night. Shouts from my father and he ran away. They decided we should have a dog. (Temporarily we had a night watchman.)

A Welsh Terrier was chosen. I wanted to name him Dewey, but my mother would have nothing of that so he was named Huey - certainly not Louie.

The first two pictures are from our summer house in Stormville NY (several years later) -one with a cat who adopted us - and annoyed Huey by sprawling on his chair; and one with me in NYC.

He was a very friendly dog. He would have been a terrible watchdog; although if the would-be burglar rang the door bell he would have barked a lot, since he always did that. 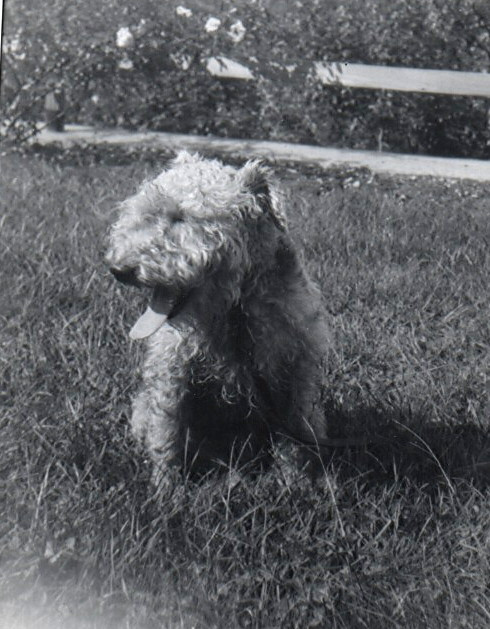 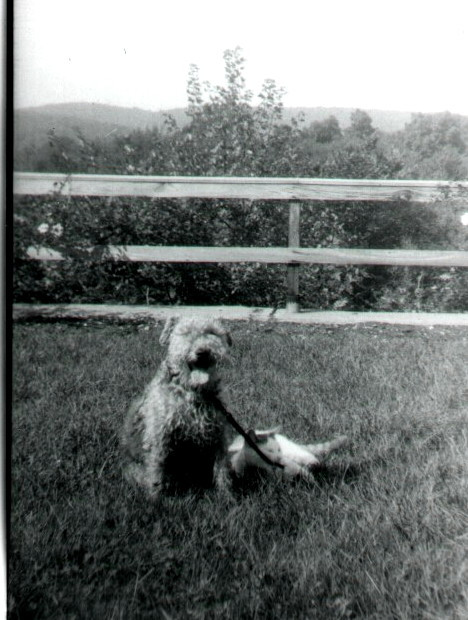 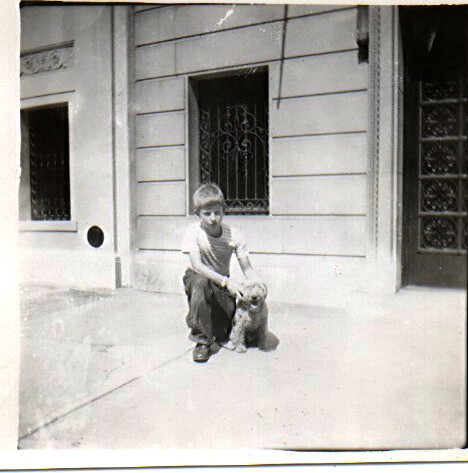