In June we took an incredibly wonderful trip to Peru. It was actually three consecutive trips organized by Ken McFarland many of whose trips we have been on. They are good trips with a nice crowd of people - many of whom we seen on other of his trips, excellent guides and all the logistics worked out. Many of his trips are dance trips (Contra, English, and Scottish) - these weren't - but most of the travelers are dancers.

We started out in Cusco, a very interesting colonial city with lots of Inca remnants nearby - some of the buildings are built on Inca foundations. We then traversed by train to Machu Picchu, the Inca city found in 1912 by Hiram Bingham and through his liaison with the National Geographbic Society got publicized and preserved/restored so that it is a most incredible place to visit. We were also there in 2010 and it was well worth the return trip.

The second trip was on the Amatista, a delightful river boat on the Amazon, Ucayali, and Marañón rivers. We started out in Iquitos, which could be considered a port on the Atlantic Ocean even though it is several thousand miles away. There were thirty of us on the boat. We had two excellent guides. There were two skiffs and we made frequent trips on them to cruise small rivulets, and walk around in the jungle and villages. Birds galore, people in colorful clothing - often selling crafts, isolated villages, many forms of boats, pirhana fishing, gorgeous scenery, other wildlife. And Pisco Sours every night. And we did some English Country Dancing on the deck of the boat several evenings and were also entertained by some of the staff who were also musicians.

The third trip was to southern Peru. We were in Arequipa, another very nice colonial city with interesting monestaries and convents to tour. We then went to Cabanconde, the gateway town to the Colca Canyon. The canyon bottom is ~10,000 feet below the nearby mountains. We saw lots of vicuñas, llamas, and alpacas. To get to the canyon from Cabanaconde we went by bus/van down the narrowest, most winding road I have ever seen and then hiked down the last few hundred feet. On the way back we stopped in a high pass that features Condors flying around.

All in all it was a great trip. I took over 4,000 photographs and selected quite few for these livejournal posts. You can find all the posts (not all the pictures) here. 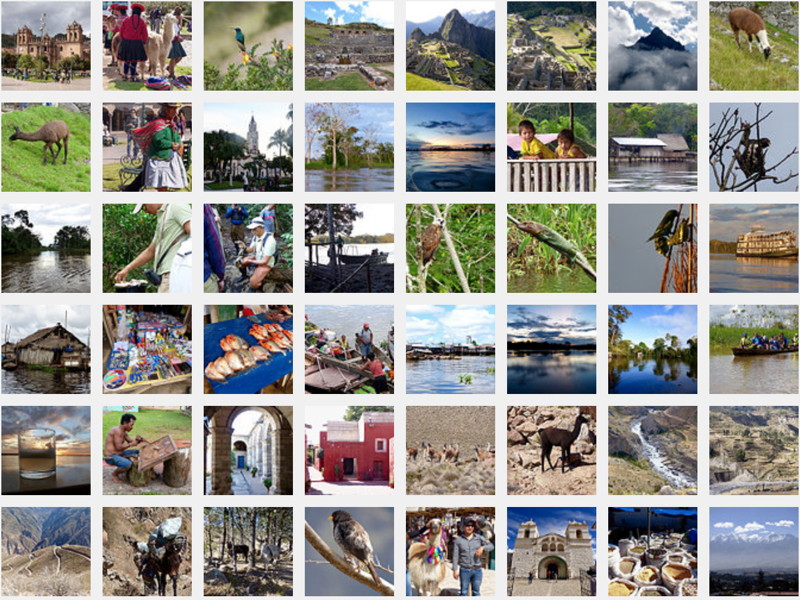