We spent three nights at Daydream Resort in the Whitsunday Islands on the Great Barrier Reef. There is a legend that three brothers found the island because there was supposedly buried treasure there. A stutue of them was there.

The resort occupies the whole island. It has motel-like accomodations + some fancier suites, several dining facilities, beaches right on the reef with good snorkeling, and various activities. There were lots of people there, many with children since it was school vacation week. We walked along a trail through the woods, went swimming and snorkelling a few times, enjoyed the sunsets, didn't play croquet because it required setup, and generally had a nice relaxing time. In addition to seeing the reef in the wild they have some aquariums in one of the buildings. There were lots of birds and wallabys wandering around demonstrating their beauty to the guests.

Getting there was a flight from Sydney to Hamilton Island and then a short boat trip. On the way back we flew to Melbourne for the next leg of our trip.

We had wanted to go to Lady Elliot Island, a place that several people had recommended, but it was booked during the times we wanted to go - next time... 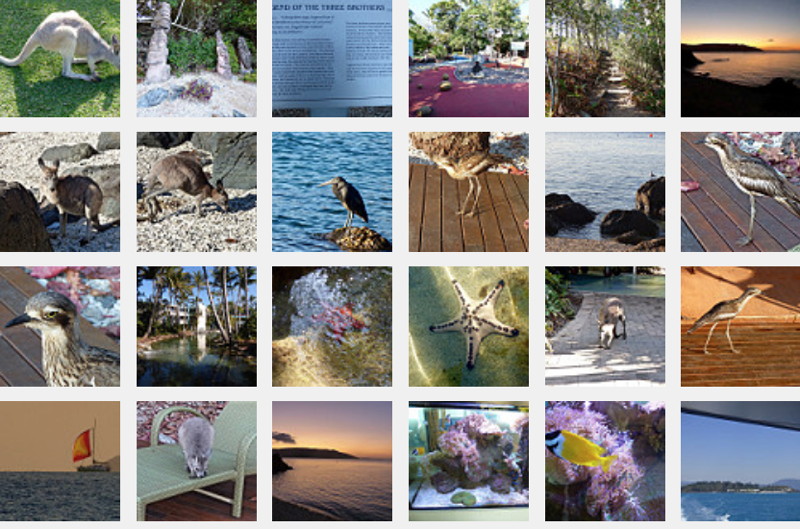