Street musicians, interesting stuff in stores, and street "sculptures" added to making our visit to Melbourne wonderful. And we visited the Melbourne Museum. Among other things we found lots of prehistoric remnant and an inside/outside garden.

Also they lots of information about Gondwana and the migration/formation/population of southern hemisphere continents - import research for Doctor Professor who would be giving a lecture at Dance Camp in mid October. 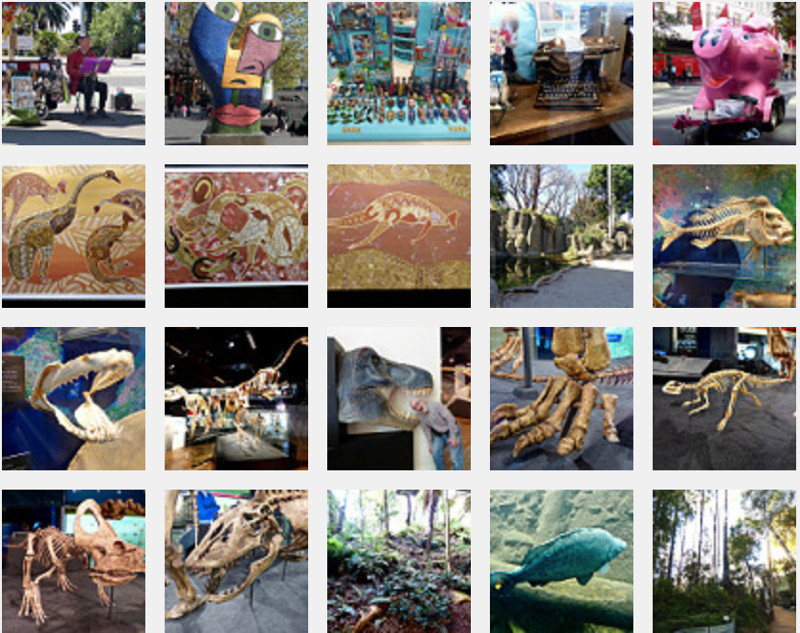 Having just gotten my new Passport, I decided to look at the old ones - I have 6 of them.

That was a fun trip. I stayed in Cravens Hotel near Trafalgar square (no longer there I think, or perhaps a different name). It had a nice pub that I hung around in at times. Saw all the usual things and included a trip to Oxford and one to Cambridge. In Paris I stayed in Hotel des Deux Continents on Rue Jacob. It was listed in Let's Go Europe (if I remember the name correctly) and there were lots of people my age staying there. We did lots of touristy things together. I don't remember many details but I do know that some of us went to Versailles one day.

The next stamps in the passport are in Sept 1966, a trip to Colombia and Ecuador. This was my "honeymoon" trip have just gotten married to Meg. I think it was Bogota, Gyuaquil, Quito, Otavalo (market town) and Cartegena. We stepped on the Equator. The Otavalo market was amazing - we went the night before and all night long people were coming into town in and on (the roofs of) busses. I'd like to go back to Otavalo again - our recent several trips to South Americ were too crowded with other stuff to go there.

Next in August/September 1967 was the trip with Meg to Sweden, Denmark, and the Netherlands. Sweden was mostly Stockholm and included being there on September 3th, the day that Sweden shifted from driving on the left side of the road to the right side of the road. That was an amazing feat. There was a new set of traffic lights - covered with black plastic - because of one-way streets - and the next morning there was an entirely new fleet of busses (the old ones had the doors opening on the wrong side). Denmark was mostly Copenhagen, but it included a trip to Aeroskobing, small island.

That's all for this passport. One of these days I'll dredge out some pictures.
Collapse