Every Saturday in Hobart there is the Salamanca Market. It has a wide varity of clothes, food, trinkets, craftswork. We visited it and as you can see by the pictures there is some very interesting stuff. 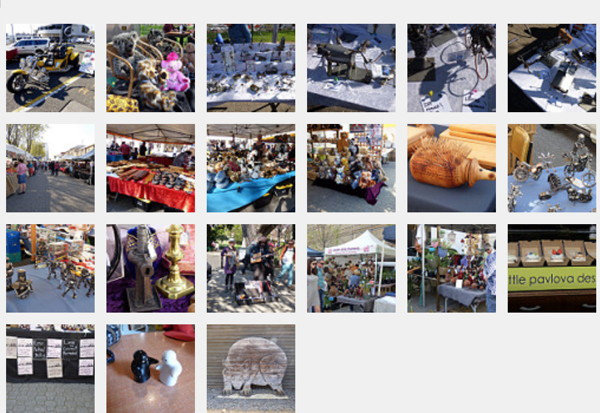 As some of you know I have been involved as a commitee member and behind-the-scenes volunteer in many city government activities for over 30 years. As a result I get invited to various holiday celebrations. On Friday there was the unveiling of the portrait of now retired Mayor Henrietta Davis that will be hung in the Council Chambers along with other such portraits. Before being Mayor, Henrietta was a City Councillor and School Committee member. I was her election database guru for a few elections.

On Monday I went to the Mayor's Holiday Luncheon. And later that day I went to the Mayor's special celebration for volunteers; I got to give a short speech. And then on Wednesday there was the City Manager's Holiday breakfast. I like going to these things because among other things I get to have what I call 1-minute meetings with various people that are usually very useful. I was a board member of the long-defunct Cambridge Civic Association - a good government organization that worked with city coucnillors, school committee members and people in the administration. I was also an activist in the also-defunct Cambridge Lavender Alliance. Both of these organization endorse candidates for the local elections and did some publicity.Then I started working on official city things.

I was a consultant to Cambridge Election Commission where we figured how to computerize the elaborate proportional representation, preferencial voting system.

Then I became a member of the Library 21 Committee and the Library Design Advisory Committee. L21 was formed after a controversial plan for the main library extension was defeated in the City Council. At some point I noted in my then Palm Pilot that I had been to 100 meetings - some official, others with neighbors and others. The end result was a wonderful award-winning building packed with users. Amazingly the web site that I built and maintained is still there. The Council meeting where our Election Commission report was delivered was also the one where the bond-issue was defeated. A few weeks later a committee was formed and I applied for it. Little did I know what that would entail, but it was a great experience.

I was a member of the Silver Ribbon Commission that worked on approaches to Aging in Place. We had a lot of good ideas and proposals in our report, but nothing much has been done.

I am co-chair of the Cambridge GLBT Commission - now in its 11th year. We have been working on youth and senior issues and have a great relationsoip with the Police Department who has given GLBT training to all police officers, does it regularly for new recruits and our liaison has been working with other cities and organizations to get such training done. We just completed a survey of health care institutions in Cambridge, are working with them for improvements and will be look at housing next. The intern who has been doing the work and I are presenting about these projects at an LGBT Elders conference in the spring.
Collapse