Plaza Grande is in the center of Mérida. It is surrounded by the Cathedral, the old bishop's palace - converted into a museum, City Hall, arcaded buildings with shops and eating places (nice ice-cream store). The center had benches, some of the ubiquitous tu y yo chairs seen below, some greenery and lots of people. On Sundays some of the streets are closed off. We were there duting the Merida Fest so some of the streets were closed off every night. There was always lots of activity - Panama hat salesmen approached us several times (we didn't buy any, but they were some exceptionally nice ones), other vendors and just lots of people.

Our hotel was a few blocks away so we were there many times.

Because of the fest there was a small stage set up every night and sometimes in the afternoon with a variety of performances. I particularly liked the clown one afternoon who got a bunch of kids dancing and joked around a lot (of course, I don't know what he was saying); video below. He also got some adults up to do the same; they weren't as entertaining. There were dancing troupes in colorful costumes with very loud music - extreme bass that at times your whole body. One night there were probably several thousand people crowded together dancing. There were tents with little resaurants setup. This city knows how to let lots of people have a good time.

Maybe they should close off Harvard Square every Sunday - and branch off into Harvard Yard while they are at it... 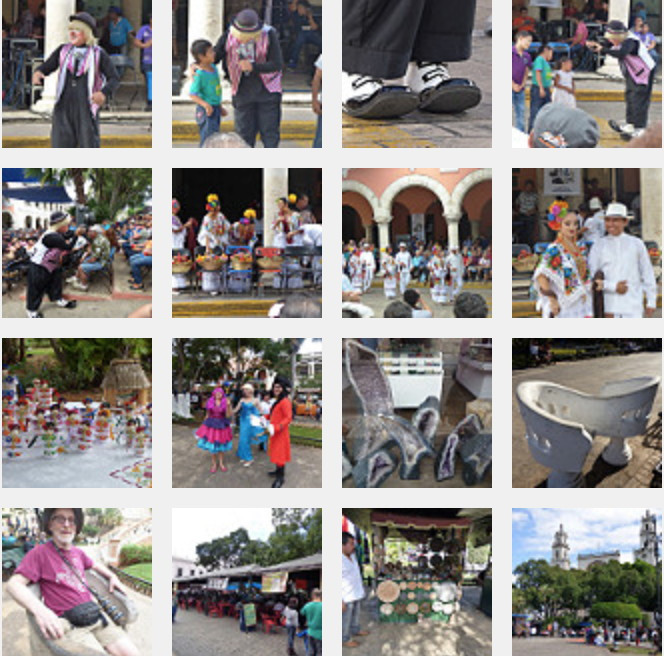