We went on an organized tour to Uxmal and nearby Kabah, both ancient Mayan cities.

There has been considerable restoral at Uxmal, Kabah was more rustic. Most of the building of Uxmal was done in in 850-925 AD. There is lots of interesting detailed decor on its structure. The main pyramid at Uxmal is thought to be on top of a prior pyramid which was built atop a prior... I think they said this was the fifth instance. There were some nice resident lizards at both places. 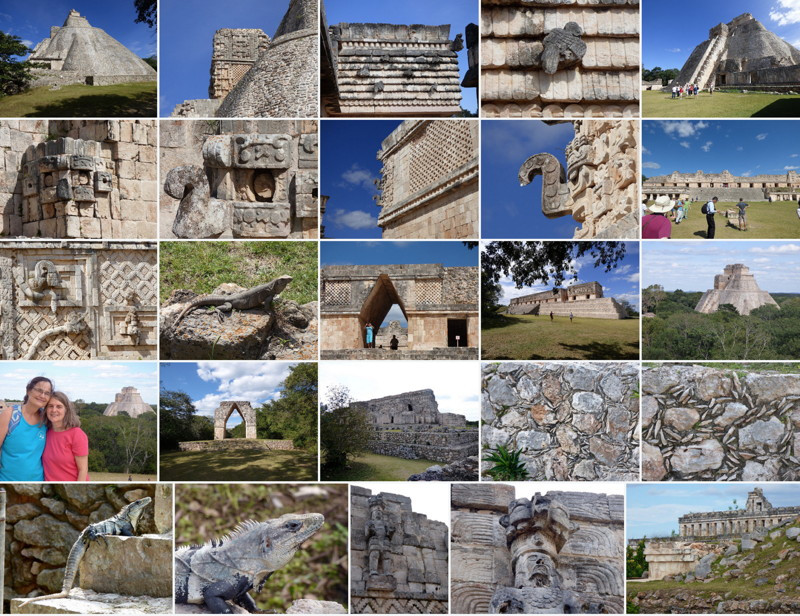