Last weekend was my Class of '56 60th High School Reunion at Fieldston (now called Fiedlston Ethical) in NYC.
I went down to New York on Friday and went to Brooklyn Contra that evening - there I saw and danced with quite a few people I know from Village Contra and Dance Camp. It was a very nice dance - it is now gender free).
The plan for Satuday was High Lie, the Whitney Museum, the Cloisters, and the reunion.

I like the fact the some of the tracks are preserved on the High Line - there is even some furniture that rolls on them. 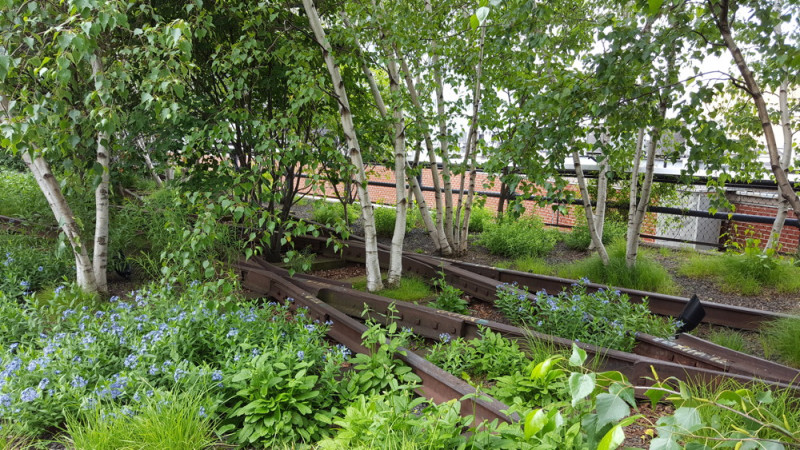 On Saturday I went to the new Whitney Museum after my walk on part of the High Line (the Whitney is right by the lower end of the High Line). There was lots of interesting modern art there and the building itself is pretty interesting with lots of outdoor terraces and outdoor staircases. 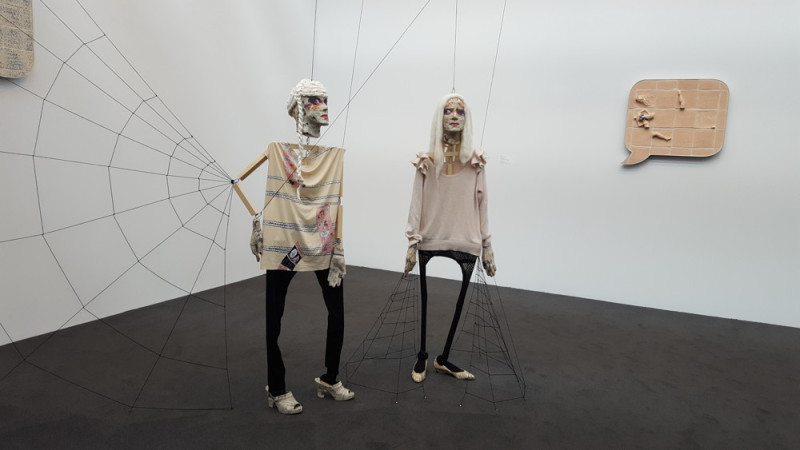 After lunch at the Whitney I went to the Cloisters which was on the way to Fieldston (which is in the part of the Bronx near the Hudson River that is called Riverdale - and sometimes a part of that is called Fieldston). Medieval times, the 21st century and a nice reuse of an old railline and then 60 years ago reminiscing all in one day. The reunion was nice. There were about 11 of us from our class of 95 people and we spent the whole time talking. First in the Quadrangle where wine and hors d'ouevres were served. And then off to a room where we had dinner. There was lots of reminiscing, some gossipping and talking about teachers - the good and the bad aspects. We did so much talking that most of didn't take campus tours. (I did take tours at my 50th reunion).

One bizarre memory: In those days at lunch a a certain time they would flick the lights and then you could light up cigarettes and lots of us did. In my senior year I took auto mechanics and that allowed me to park my car on the small campus lot where we could sneak out and smoke. Because I had taken Driver Ed I got a full drivers licence at 17 - I didn't usually drive to school. Also I remember when I was on the tech crew for a play we would smoke up in the lighting room. Fortunately, a few years later I quit.

My standard way of going to school was 79th st crosstown bus, local and the A train to to 207th st and then the Bx7 bus which stopped at the edge of campus. Going home I would walk down the hill to the 242nd stop of the Broadway subway and took it to 79th St and then the crosstowbn bus home. I lived on 74th St and 5th Ave.
For the reunion I took the A train (and a shuttle because of construction) to the Cloisters and then the Bx7 to Fieldston. I was going to go home the usual way, but it was raining and I got a ride.
Collapse