The last place we visited from Húsavík in Iceland on August 4 was Goddafoss Falls; quite a spectacular spot. For the rest of the day we stayed on the boat and attended several interesting lectures about Iceland and the Arctic from the guides.

The next stop was to Dimmuborgir near Húsavík on Iceland to view the lava fields and what they produced.

I guess not a practical scheme for landscape architecture.

Early in the morning of August 4th we arrived at Húsavík where we went by bus to several spots. Húsavík is a large town at the northeastern edge of Iceland. Supposedly a Swedish explorer, Gardar Svavarrsson, spent the winter there in 870 along with severla other people - although he might have been the first settler he didn't get credit for that.

The first place we went to was Namaskard which has many sulfurous springs and steam springs. The fumes make it impossible for anything to grow there so the spot is barren.

And a video of the bubbling spring:

We wandered around in the Siglufjördur Herring Era Museum. It is huge with many different exhibitions. It has various artifacts such as model boats, old electronics, and other weird things (the latter is what always intrigues me). 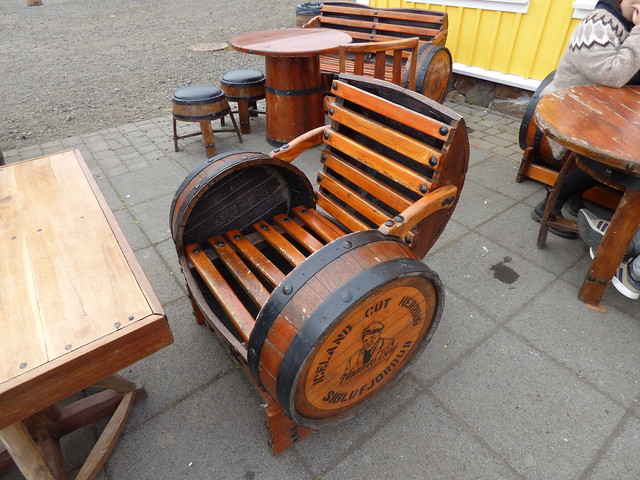 In the afternoon of August 3rd we visited Siglufjördur, a port on the north side of Iceland with a herring fishing industry where you can watch demos and that has a herring museum to commemorate the town's importance. 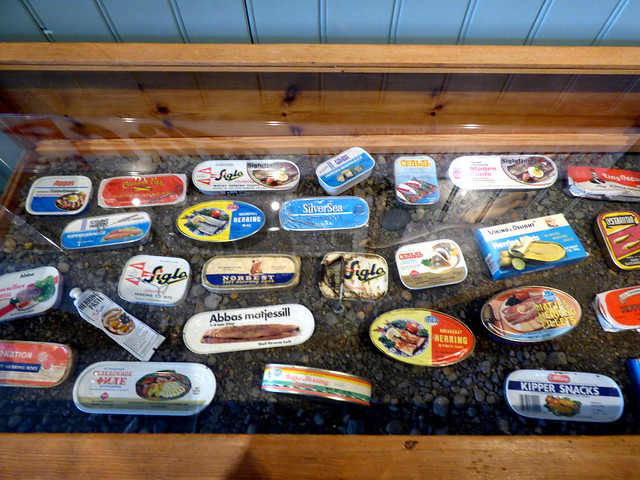 And then the fish workers entertained us.

Veteran's Day used to be called Armistice Day markng the settlement agreement ending World War I. The eleventh hour of the eleventh day of the eleventh month.
There was always an event at school for this.

When I was a kid, my mother's best friend's husband was in the army (WW II) and I remember when he came hone unscathed. There had been lots of worrying. We had blackout curtains on the windows and there were drills in school to prepare for bombing.

The closest I ever came to being a veteran was Army ROTC in my freshman year at MIT (it was required). (This LJ pic). I remember marching in my uniform and learning about and even firing an M1 rifle, plus studying military history (early morning class with occasional loights out to see some flim - tought to not fall asleep). And polishing my shoes and brass buttons in preparation for instpection, I got out in my sophmore year because of eyesight.

I didn't want to be drafted and that influenced my choice of grad school and then I got a job as a computer programmer which enabled me to get a 2-A deferment because the computer industry was considered a critical industry.

My ex brother-in-law was in the army and went to Vietnam. He was gung ho when he enlisted, but by then he was really upset that we were there messing up the country and was happy to come home. I remember hwo rleived we were when he finallyb got home.

On my block in Cambridge there lived an honored veteran (now deceased), Clifton Merriman. I chatted with him a few times. The Cambridge Main Post Office is named after him - he was Postmaster there, and in fact the first black Postmaser in the US. There is a sign on my street honoring him.

On the morning of the second full day of our Iceland trip we went to Grímsey Island. It is on the north coast and straddles the Arctic Circle. It has a populatioin under 100.

I got to stand on both sides of the circle (I've done that at the equator as well - I doubt if I will evey do it at the Antarctic Circle, but you never know,,,).

Walking around Ísafjörður (ice fjord) a town in western Iceland in addition to the small village we saw a rustic area with nice waterfalls and streams. We did get some entertainlment when we went into a church.

The area was first settled by Helgi Magri Hrólfsson in the 9th century. In the 16th century, the town grew as it became a trading post for foreign merchants. Witch trials were common around the same time throughout the Westfjords, and many people were banished to the nearby peninsula of Hornstrandir, now a national nature reserve. The town of Ísafjörður was granted municipal status in 1786.

In the afternoon of our first full day on the Le Champlain we went to Ísafjörður, a fishing village on the northwest end of Iceland. It has a declining fishing industry and various other industries.
It is a port so our boat docked there.

Among other things we got an informative and amusing guided tour from a local fisherman.

And some fish that had been processed: